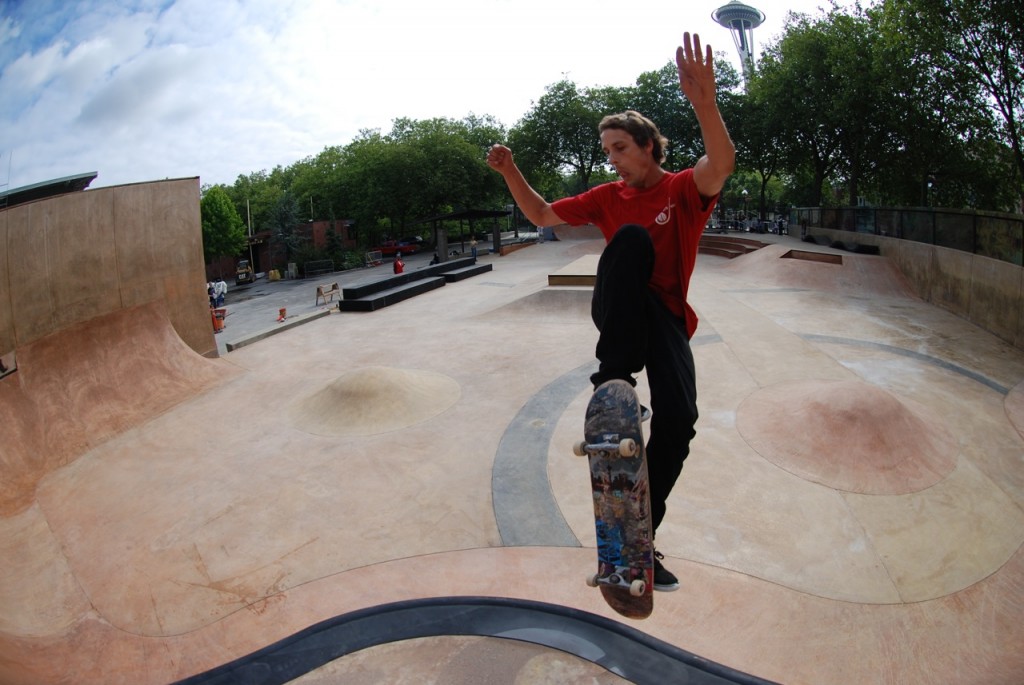 Since my last post much has happened in regards to the effort to replace SeaSk8. Primarily, the team has been assembled and there is an effort underway to determine a site for the replacement park.

Let me try to catch you up quickly…

The city has appointed Director of the Waterfront project, Marshall Foster, to sherpa the team through the process of replacing SeaSk8. The team consists of representatives of Seattle Center, Seattle Parks, Skateboarders, Skate Like A Girl, and the offices of city council members Bagshaw and Juarez. So far Mr. Foster has made a significant impact including setting up bi-weekly meetings and running interference between the various parties to keep the peace and momentum moving forward.

One of the first things Marshall did was help to bring Grindline in to perform feasibility studies on the three sites that were brought to the table as options: the green space on Broad Street below the Space Needle, one of two spaces in Lake Union Park, and this weird plot of land behind the Ride The Ducks clubhouse. Those studies are moving forward and should be completed relatively soon. At that point the team will try to weigh the pluses and minuses of each site and try to put forward a preferred option to be approved by the city.

Based on the site chosen, a city department will then take the lead on the project. If it’s Broad Street then Seattle Center will need to own it. If it’s Lake Union Park, then it will be a Seattle Parks project. The third site will need to be transferred from Seattle Department of Transportation and it isn’t clear who will own the project if that site is chosen, but it will likely be Seattle Center.

The process continues and there is another meeting today. I will try to get better about keeping the site up-to-date and will back-fill with some future posts to provide more of the contextual information in the next few days to give you a better idea of what’s been transpiring. The process has been much more productive than past experiences, but it hasn’t all been smooth sailing.

More on that soon…