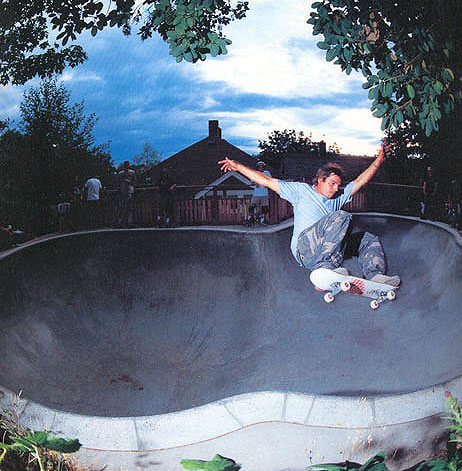 There is going to be a new skatepark built in the South end of Seattle, and Grindline will be designing it.

Seattle Parks has a standard process for selecting a skatepark designer, which is a bit funky.  The committee (I was on it) was given the four submissions that qualified, and a worksheet for grading each submission.  What quickly became evident to me was that I was not really grading the designer’s qualifications as much as I was grading their ability to follow directions.

For instance…submittal requirement #3 on the RFP (Request For Proposal) read:

Submittal #3 Requirements:
Project Examples: List (6) of your firm’s most successful projects varying in size from 6,000 to 20,000 SF. Two Examples must be 15,000 to 20,000 SF. Provide drawings and/or photographs. At least (3) must have been built to completion in the last (5) years. Provide completion dates or current phase, a reliable reference name and phone number, and describe the outstanding features and elements of each one.

and the criteria that I was supposed to use to rate each submission by was:

Rating Criteria:
Did the applicant provide a complete response?

Does this demonstrate innovation and creativity?

The Parks Department doesn’t need a committee to weed out the firms that don’t submit 6 examples of parks that meet the size and completion date requirements requested. The process made me feel like I was part of some awful standardized testing program for wayward skatepark designers. But then I got to that last line in the criteria:

Does this demonstrate innovation and creativity?

I dunno….do these pants make me look smart?  By the way…what color is your parachute?

This made me feel like I was evaluating the applicant’s ability to follow simple instructions, which felt like it had nothing to do with their ability to design great skateparks, but I completed the exercise as instructed and planned to provide the “anecdotal” portion of my findings to the committee during our discussion.

The meeting was great. Everyone on the committee not only had gone through all of the materials, but we had all come to the same conclusion as to who of the submitting firms should be given the design job: Grindline. However, there was still much to discuss and everyone had reservations.

First off, Grindline is already designing River City, Delridge, and certainly had a hand in Marginal Way. This meant that the entire South end of the Seattle Skatepark system was in danger of having the same flavor. Especially since many people felt like Grindline failed to really push the envelope on the Delridge design, (the only official park that they’ve designed…River City is a private project and Marginal is DIY).  Delridge was thought to be Grindline’s “hometown” coup, and opportunity to create a signature monument to their legacy. This park is a stone’s throw from Butter and the birthplace of Grindline itself, but to this day the design still lacks a signature feature that defines that park as a uniquely-born representation of Seattle’s skatepark heritage, and will be built that way as the design is complete. 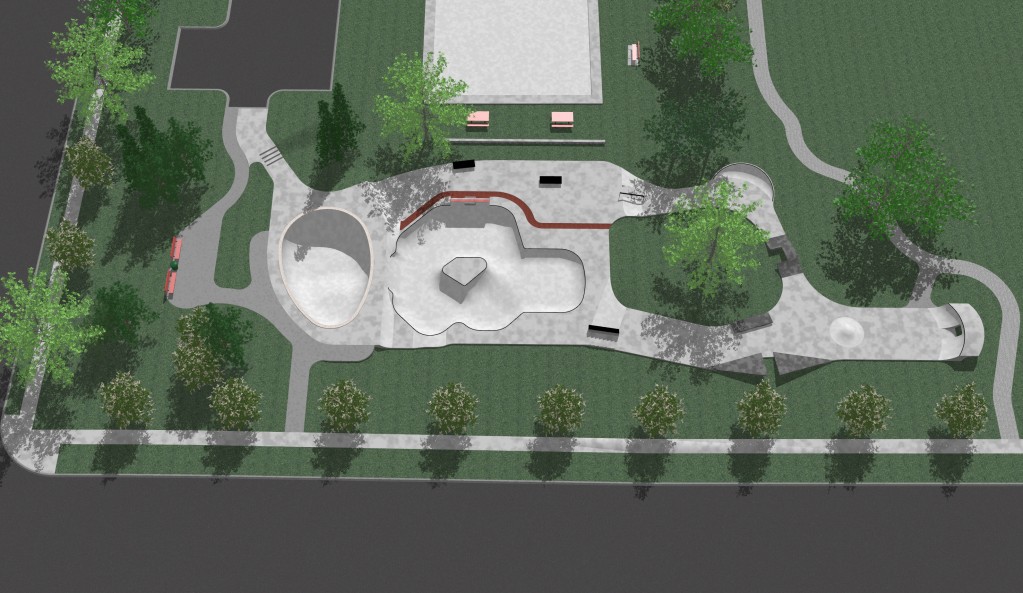 Jefferson skatepark is supposed to be a ‘District’ skatepark as defined by the City-Wide Skatepark plan, something that only two of the four qualifying firms even mentioned in their proposals.  This means that the park needs to be an anchor of that quadrant of the city’s skatepark system.  A “crown jewel” if you will…  Grindline addressed the uniqueness of Jefferson Skatepark’s role in the overall system in their submission, and this part of the document was pivotal in the committee’s decision.   So the question remains, can Grindline produce a design that fits the bill?

Or maybe more importantly…what’s even on the menu?

Dig deep into the projects on the Grindline website and you’ll see tiny sparks of greatness. Check out the igloo at Irrigon, the capsule at Kearney, the spaceship in Okinawa, or whatever the hell this thing is.  But even a lengthy browse through Grindline’s website produces a never-ending gallery of grayness+cradle+flow+stairs+rail+bank= “design”.  One thing is for sure, I remember the first time I skated the volcano at Newberg, saw the simple but elegant “tread lightly” manual cutout at Ed Benedict, or rode the weird stamped-brick, stairs-the-corner, bank laden, turntable-in-the-center Dino-Bowl at Tigard. Seattle tried for something like this with Newline at SeaSk8 but didn’t really get there.

Is it just that skatepark design peaked years ago when the cradle first started appearing?  Is it that city Parks Departments are simply too conservative with all of their safety rules and structural engineering requirements to even allow anything remotely creative and risky in a skatepark design these days?  Does the challenged economy make it hard for these firms to put their more “out there” proposals in front of the public?  Is the public process in big cities like Seattle simply too consensus-driven to allow the designer to have a strong vision for something that no one has ever thought of before?

Or are they simply tired of designing cool stuff that doesn’t end up in the final product for “practical” reasons?

To find out, go to one of the upcoming Jefferson skatepark design meetings and try to suggest an idea that you’ve never skated before.  Or better yet, ask Grindline to show you something they’ve been dreaming of but haven’t been able to build yet.  These guys are talented and something makes me feel like they’re just not being given the opportunity to visualize their dreams.  Instead they’re being asked to fulfill a punch card of what’s within the public’s existing vernacular for what a skatepark is supposed to be.

Regardless of who the designer is, I feel like we’re often shown a slide show of existing parks and asked to formulate a digest of all of the features we see and already know to exist.  In turn, we get a re-working of known quantities, re-packaged in a different format, and sold as “new”.  As stakeholders in the process, and powerful in our numbers, I believe we can influence and change this if that’s what skaters actually want.

But maybe skaters don’t want new designs.  Maybe they’re so desperate for skateparks that they just want something solid and unadventurous.  Maybe Grindline and other well-revered skatepark designers know this and this is why they’re still in business.

But what I ask these skatepark monument designers is this:

When you are long gone from this Earth, how would you like your legacy to be remembered?  Would you like to be known as the person who brought manual pads to the masses, or the pioneer who pushed the art form of skatepark design forward?  Surely not every skatepark design can win an award or elevate the art form, I know there’s a balance, but honestly I think all of the great thinkers in the skatepark design field have either gone underground (where are you Geth?) or been forced into the mainstream.

Perhaps I’m being too cynical.

3 Replies to “Grindline earns Jefferson Design Gig, but can they deliver?”