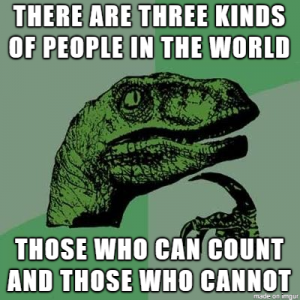 In an effort to inform the team working on the replacement for SeaSk8, the Seattle Center Skatepark Committee (the skaters at the table) decided to compile some data to determine the size of the user-base for the new skatepark. We also wanted to understand a little better whether or not the 10,000 square feet size target being used by the team to evaluate sites was going to be sufficient for the number of potential users, now and in the future. With skateboarding being included in the Olympics for the first time ever, and Seattle’s intense growth, we thought it would be good to simply look at the numbers before assuming that what the city needs to invest in is a 10,000 sq/ft skatepark.

We started by looking at the best population data we could find, which we sourced from StatisticAtlas.com. We decided to include all of the bordering neighborhoods to the area where the new park will be located, but only if they did not currently have a skatepark. As it turns out, Seattle’s skatepark system has really missed the urban core of the city and there are no skateparks in any of these neighborhoods, so SeaSk8 will be the only skatepark for any skateboarder in lower Captiol Hill, Eastlake, South Lake Union, Uptown, Queen Anne, Downtown, Belltown, Westlake, and First Hill.

Population numbers for those areas are as follows:

Once we felt comfortable with the size of the community this new park would serve, we used the Skaters For Public Skateparks/Tony Hawk Foundation Skatepark Adoption Model to crunch the numbers and come up with an estimate for how big the park would need to be to support this community. You can dig into the details behind the model at the link provided, but the model considers the number of core skateboarders vs. casual skateboarders, service area, population, peak load times, and level of service. It’s very comprehensive.

Obviously this number is much higher than the current target of 10,000, which is the number that’s being used because it’s the size of the current park. It is also not a foregone conclusion that all of these neighborhoods will continue to not have their own skateparks. But what this data shows is that even without considering the population growth that Seattle is facing, based on the current population, this skatepark may be very crowded if built as a 10,000 sq/ft park!

The larger team including the representatives from the city acknowledged this data, but are concerned that we may not be able to find a site this large or fund the development if we did. There were also some concerns about the timing of this data being presented because significant effort has already made to find a site that can support a 10K sq/ft site. As the primary stakeholders, the skateboarding community wanted to make sure that this data was available to the team and that we are moving forward with as much of an understanding about the size of the potential user-base as is available to us via very accessible public data. At the very least hopefully this information helps to scope the size of the constituency for this facility and validates the effort being made to replace the existing park with a first-class facility for skateboarders and the community.

In case all of this data has gotten you excited about numbers and facts, why not peruse this interesting demographic data?