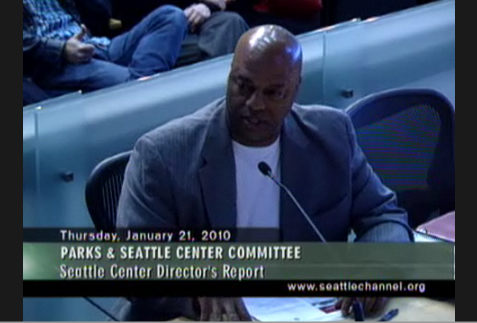 Robert Nellams, who heads up the Seattle Center, recently presented the state of things down at Seattle Center.  It turns out, that SeaSk8 was one of the highlights of 2009!

What was really great though, was how positive his impressions are about skateparks now that the park has been on the campus for some time now.  Something that Nellams and others at Seattle Center weren’t super sure about when we originally suggested it.

This is a huge win for skateboarders in Seattle, and a great testament to the work that was done by SPAC and most notably John Carr and Ryan Barth on the SeaSk8 project.